Skip to main content
Written by Claire Hansen in Criticism and Research | 22.09.2017
You may have already heard of ecocriticism – Shakespeare Reloaded has published previously on ecocritical pedagogy, so for an introduction to ecocriticism, please read this essay.
But in today’s blog I wanted to raise the question: what colour is your ecocriticism? I’ve been doing some reading recently on Shakespearean ecocriticism, and have come across the argument that ecocritics in general favour the ‘green’ over the ‘blue’: that is, their attention lies with an understanding of the environment which focuses on the earth or land, neglecting ‘the central significance of the ocean’, as Dan Brayton argues (4). This, he adds, is all the more surprising because Shakespeare ‘imagined a profound relationship between humanity and the ocean’ (4). He writes:

Almost entirely lacking from ecocritical scholarship is a critical approach to the global ocean—that immense, life-creating and biosphere-sustaining body of salt water in which all life came to be, to which some (marine mammals) returned after an evolutionary sojourn on dry land, and into which we continue to pour the detritus of our civilization and our lives: garbage, toxic waste, excreta, and sins of all kinds. (Brayton, 18)

We need look no further than today’s news to reinforce this point – today’s top story is North Korea’s contemplation of another missile test – a test accomplished by directing its missiles into the Pacific Ocean. Is our treatment of the global oceans a failure of our imaginations to envisage the ramifications of our behaviour – ramifications made hideously visible through phenomena like the Garbage Patch, or the recent photograph of a seahorse clutching a cotton bud? 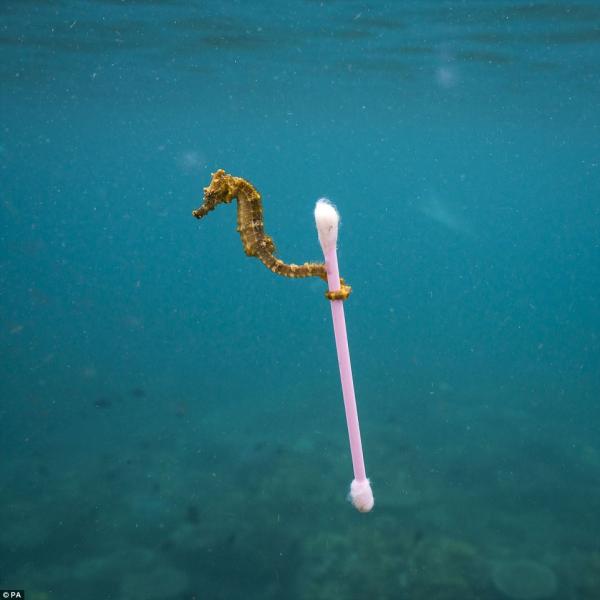 Shakespearean ecocritic Gabriel Egan also raises the question of green versus blue ecocriticism, counterbalancing what he calls our preoccupation ‘with life on land’ by ‘stressing a blue ecocriticism that focuses on the life in the oceans’ (33).
Steve Mentz also attests to the importance of turning to the ‘blue’:

An oceanic perspective speaks to our emerging sense that crisis, not stability, defines the world in which we live now. Supplementing our ‘green’ cultural turn with a ‘blue cultural studies’ that looks at our world through the deathly, inhuman, magical lens of the sea can begin rebuilding narrative and interpretive practices to respond to our uncertain future.’ (Mentz, xii-xiii)

The question of whether ecocriticism neglects the ‘blue’, of course, raises the question of what we mean when we refer to the ‘environment’ or to ‘nature’. Is nature, simply, in Brayton’s words, ‘that which is not made by human beings’ (10)? Do we use land to refer to the natural environment in the same way that ‘man’ and ‘men’ were used as normative terms for human beings? Brayton thinks so, and argues: ‘In the same way that we would, today, prefer a gender-neutral term to men, it seems apparent that the biophysical environment would be preferable to land.’ (Brayton, 20)
From an ecocritical perspective, this ‘blue’ turn is vital to contribute to redressing humanity’s effect upon the oceans. And one of the first steps to doing so is counteracting the enduring myth of the ocean as an endless, immortal, unassailable entity (Yaeger, 530). Patricia Yaeger argues:

The premise of the oceanic turn in literary studies is this: we have grown myopic about the role that seas and oceans play in creating ordinary histories and cultures. (524)

If we accept that ecocriticism needs a ‘blue’ turn (or is, perhaps, already turning blue), and if we accept that part of this turn must be a reconceptualization of the oceans and our relationship to ‘the largest and least-known space on the planet’ (Mentz, ix), then what does this have to do with Shakespeare? 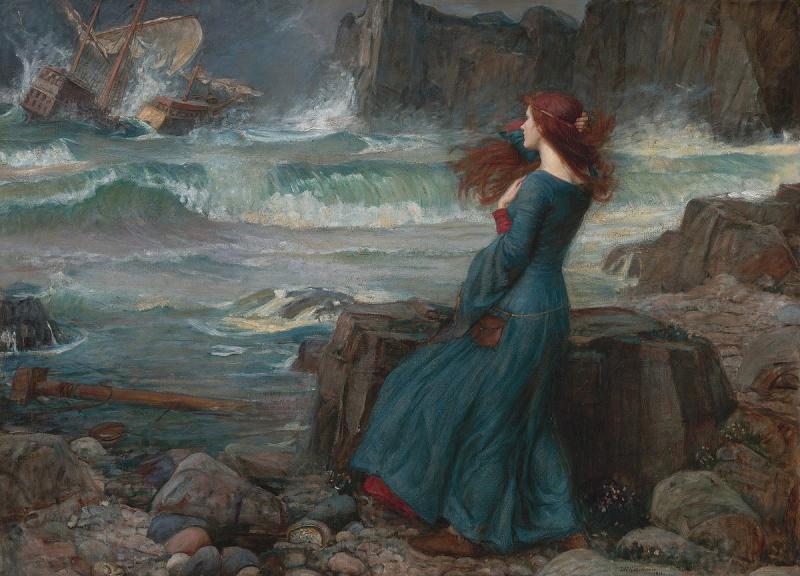 Shakespeare’s imaginings of the sea, perhaps, can help us to address our own critical understanding of the ocean. Mentz writes: ‘We need Shakespeare’s ocean now, because late-twentieth-century culture has frayed our connections to the sea’ (ix). Patricia Yaeger makes a more direct call for the involvement of literary criticism in responding to the crises affecting the global ocean: ‘For fish to be protected, for cleanup to begin on a large enough scale, government and business will have to take part. Shouldn’t poets, novelists, students, and literary critics take part as well?’ (540) Oceans, she suggests, should be endowed with ‘standing’, and in the complexities which this concept adumbrates, not only will science and law prove crucial, ‘but literary know-how could also matter.’ (540)
References:
Brayton, Dan. Shakespeare’s Ocean: An Ecocritical Exploration. Charlottesville and London: University of Virginia Press, 2012.
Egan, Gabriel. Shakespeare and Ecocritical Theory.  London and New York: Bloomsbury Arden Shakespeare, 2015.
Mentz, Steve. At the Bottom of Shakespeare’s Ocean. London and New York: Continuum, 2009.
Yaeger, Patricia. ‘Editor's Column: Sea Trash, Dark Pools, and the Tragedy of the Commons,’ PMLA 125:3 (2010), 523-545.
Tags:
ecocriticism
Shakespeare
oceans
blue ecpcriticism
oceanic turn