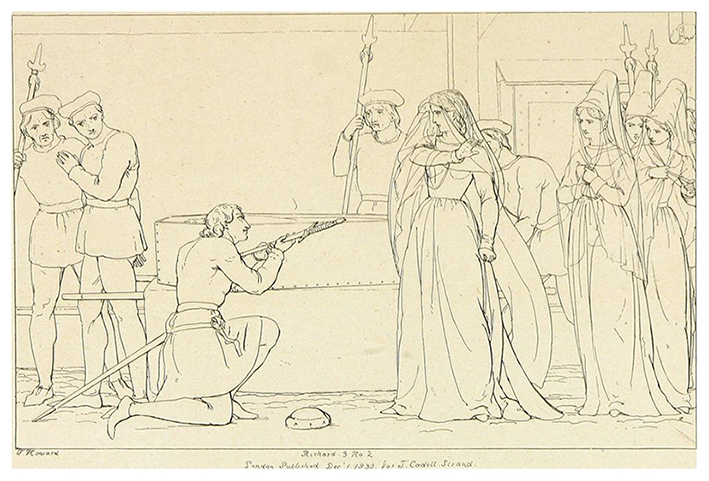 Shakespeare’s Richard III is all about the games kings play. It is a fast paced drama driven by one character’s unquenchable thirst for power and the creative (and linguistic) genius he uses to attain it.

But Shakespeare’s history plays can prove difficult for school students to follow. The history of English politics is complex, characters often have multiple names or titles and sometimes different characters share the same name.

Shakespeare’s Kings’ Games is a game-based approach to teaching and learning Richard III developed by Dr Kate Flaherty. It draws key moments of the play into five tableaux to embody the relationships between characters and to show Richard’s tactics to win the throne, as well as the repercussions of his actions. In each tableau, Richard steps in and decides on an action that will further his ambitions. This makes for a fun and highly interactive experience of the play that simultaneously clarifies character relationships and plot.

You can also download the whole exercise as a PDF.

The Aim of the Game