Skip to main content
Written by Linzy Brady in Performances and Productions | 30.04.2016
As part of the celebrations on the 400th anniversary of Shakespeare’s death, the Southbank of the Thames in London featured the ‘Complete Walk’ of Shakespeare’s plays. 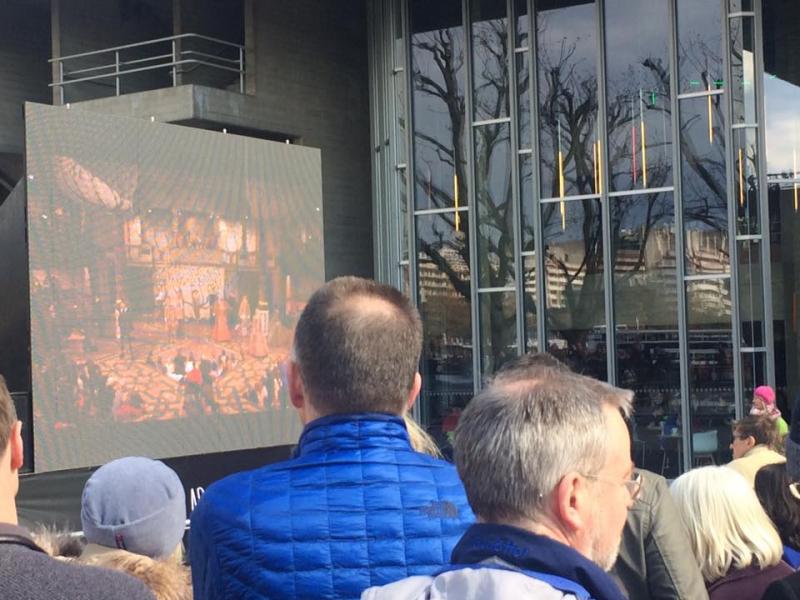 37 specially-made short films created by Shakespeare’s Globe Theatre were played on a loop at screens placed along a route on the river that started at Westminster and ended at Tower Bridge. I arrived on Saturday 23 April in time to join a crowd which had assembled just under the Southwark Bridge to watch a ten-minute film based on Othello. It was filmed in North Cyprus, the place where Shakespeare imagined the play to be set. Past the Globe Theatre, where people were threading red and white roses through the iron-wrought gates of the courtyard, another crowd had gathered at a screen to watch Hamlet. Filmed at Kronborg Castle in Elsinore, a line-up of four actors rotated during soliloquies and dialogue taken from the play, each taking turns to speak different lines from the same speech so that the words were sometimes spoken by a woman, other times by an old man or a black man.
In the Bernie Spain gardens further down the river there was laughter coming from the crowd watching Henry IV Part I which was filmed at the George Inn in England. Here Sir John Falstaff, played by Toby Jones, woke up in a pub toilet and stole money from a charity bucket. The whole bucket actually ended up in the pub and Falstaff used it to buy drinks for his friends and fuel his wicked wit.  Further down the screen marked Comedy of Errors was experiencing technical difficulties (there was a blank screen for a while) and Henry VIII, in a film set in Hampton Court, was receiving the distressing news that his heir was, in fact, a girl. 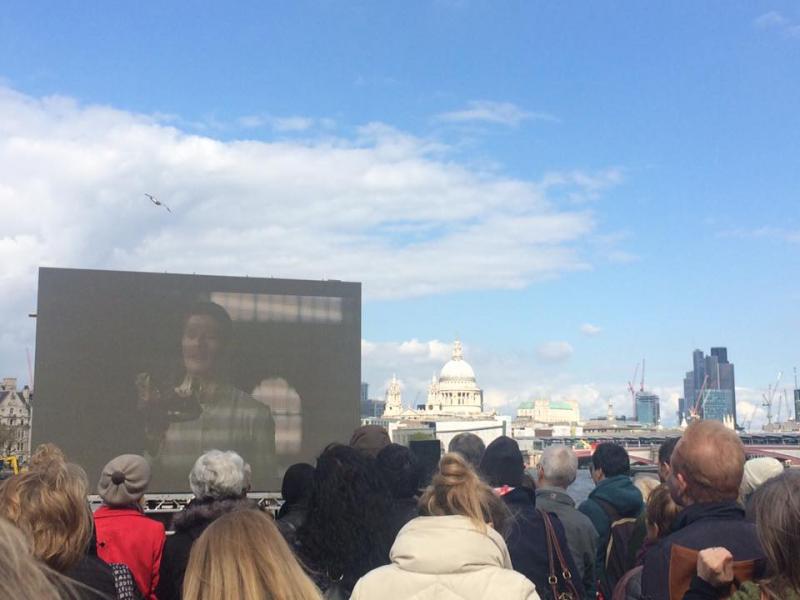 According to Dominic Dromgoole, Artistic Director at the Globe, Shakespeare ‘had full enough fancy to create his own Elsinore, his own Alexandria, his own Bermuda’ and the films were a way to ‘complete the circle a little by filming his words in the actual places he was dreaming’. The result is a fresh perspective on the plays and a different understanding of characters as you see Cleopatra with the asps in front of the pyramids or Timon looking back on Athens as he curses bitterly. Though, of course, all this goes slightly against the grain – Shakespeare used words to evoke scenes which could not be represented on his stage and wanted his audience to allow the actors in Henry V to work on their ‘imaginary forces’ so that ‘the vasty fields of France’ could be crammed ‘within this wooden O’.
That night, cinemas around the UK screened ‘Shakespeare Live!’, a special event celebrating Shakespeare with an array of stage and screen (and royal) stars at the RSC in Stratford. Directed by Gregory Doran and hosted by David Tennant and Catherine Tate, it included extracts from ballets, operas, Broadway musicals, and orchestral music inspired by Shakespeare. As well as comic routines from Horrible Histories and Hamlet featuring Benedict Cumberbatch, David Tennant, Judi Dench, Ian McKellan and a brief appearance by the Prince of Wales who was in the audience. Extracts from the plays were performed by Ian McKellan (the Migrants’ Speech from Sir Thomas More) and Judi Dench (the seduction of Bottom in A Midsummer Night’s Dream). The event ended with Prospero’s ‘Our revels now are ended’ speech from The Tempest and the Duke’s blessing in A Midsummer Night’s Dream. 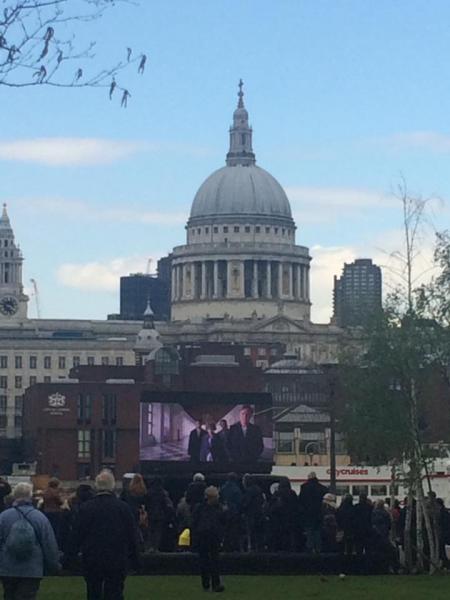 These two events from Shakespeare’s Globe Theatre and the Royal Shakespeare Company, along with the performances at both theatres, took the occasion of the 400th anniversary of Shakespeare’s death to celebrate his life and works in unique and memorable ways. An exhibition at the Bodleian Library in Oxford engaged with death a lot more and explored the ‘unique ways in which Shakespeare brings dying, death and the dead to life’. Curated by Simon Palfrey and Emma Smith, some of the treasures of the Bodleian reflect on how Shakespeare ‘channelled the universal fear of death into dramatic moments that continue to affirm life for audiences and readers around the world’. The First Folio, quartos, pamphlets, sermons and illustrations from early modern England illustrated some of Shakespeare’s scenes of death and dying, including the famous last words of Hamlet, ‘The rest is silence’, Mercutio, ‘A plague on both your houses’, and Richard III, ‘My kingdom for a horse’.
This is only a tiny fraction of the events, concerts, lectures, performances and exhibitions happening around the UK over the next few weeks… next stop is Stratford, the British Library and the Rose theatre!
Tags:
Shakespeare400
Shakespeare
performance
anniversary