Skip to main content
Written by Claire Hansen in Performances and Productions | 29.01.2015
Our previous blog post looked at Shakespeare productions taking place in Australia in 2015. This time, we’ll take a quick look at some international Shakespeare productions, and a few new films as well.
We’ll need your help with this – so if you know of (or have seen) a great production, please let us know, and we'll add it to the list below. We've organised the productions alphabetically by country.
Canada
The Stratford Festival in Ontario will feature Hamlet, The Taming of the Shrew, Love's Labour's Lost and The Adventures of Pericles. 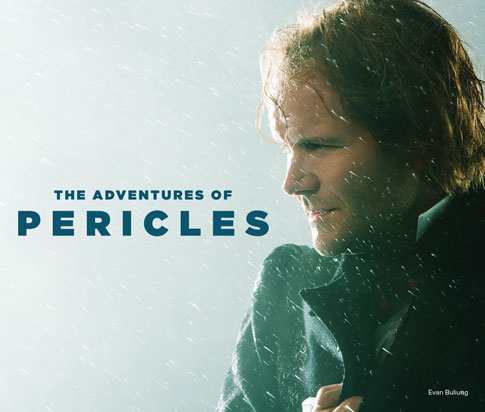 Denmark
Hamletscenen at Kronborg Castle in Denmark holds an annual Shakespeare Festival.
Germany
If you’re in Germany this summer, you’ll be in time for the Shakespeare Festival in Neuss. Their programme will be released in February.
India
Rangayana Theatre is currently holding a Shakespeare Festival. Read more here.
Japan
The Saitama Arts Foundation is currently showing Hamlet, directed by Yukio Ninagawa and starring Tatsuya Fujiwara and Hikari Mitsushima. According to this article, Ninagawa will also direct Richard II and Macbeth later this year. The Hamlet production will tour internationally (including London: see below).
Poland
The Gdansk Shakespeare Festival takes place annually each August.
Slovakia
The Shakespeare Fair (Slavnosti) is an annual event in Slovakia.
The United Kingdom
Shakespeare’s Globe Theatre will present The Merchant of Venice, Romeo and Juliet, King John, As You Like It, Measure for Measure, Richard III (including a Mandarin version), Much Ado About Nothing, Macbeth (in Cantonese) and Richard II. Check out the schedule here.
The Globe's indoor theatre, the Sam Wanamaker Playhouse, won’t be offering any Shakespeare but will feature a few contemporaries, including Francis Beaumont’s The Knight of the Burning Pestle, Thomas Middleton’s The Changeling, John Ford’s The Broken Heart, and Christopher Marlowe’s Dido, Queen of Carthage. Find more here. 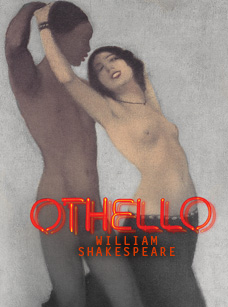 The Royal Shakespeare Company will present Love’s Labour’s Lost and Much Ado About Nothing (which they are also touting as Love’s Labour’s Won), The Merchant of Venice, Othello, A Midsummer Night’s Dream (an abridged collaboration with Garsington Opera), and Famous Victories of Henry V, a production aimed at younger audiences. Other early modern plays on the RSC’s 2015 line-up include: Thomas Dekker’s The Shoemaker’s Holiday, Christopher Marlowe’s The Jew of Malta, Ben Jonson’s Volpone, and John Ford’s Love’s Sacrifice.
The Barbican will show Maxine Peake as Hamlet, Cheek by Jowl’s Measure for Measure, Ninagawa Company’s Hamlet, and another highly-anticipated (and sold-out) Hamlet starring Benedict Cumberbatch.
Propeller Theatre is touring the UK with a condensed version of The Comedy of Errors.
The United States
For a comprehensive overview of Shakespeare performances in North America this year, head to Shakespeareances which helpfully lists the productions by play. It has all of the following and much more.
The American Shakespeare Centre will offer The Taming of the Shrew, John Webster’s The White Devil, Aphra Behn’s The Rover and Ben Jonson’s Every Man in His Humour.
The Shakespeare Forum will show Henry V in New York.
The Oregon Shakespeare Festival opens in February with Much Ado About Nothing, and will also produce Pericles and Antony and Cleopatra.
The Minnesota Orchestra is currently running Shakespeare Winterfest, a series of performances based on or related to Shakespeare’s works.
Film
An adaptation of Cymbeline will be released in March 2015. Now called Anarchy, you can watch the trailer here:
A documentary called Still Dreaming follows a group of elderly people as they rehearse a production of A Midsummer Night’s Dream. According to the synopsis:

Stretching physical, emotional and mental limits, a group of elderly Broadway actors, musicians and dancers bravely dive into a production of “A Midsummer Night’s Dream” and find that nothing is what it seems to be. These former Broadway stars, who reside at the Lillian Booth Actors Home just outside New York City, embark on a journey through the magical play at the urging of the Home’s administrators. The staff of the Home sees this as an opportunity to boost quality of life for the residents. The residents are not so sure.
As the rehearsal process unfolds, the actors find themselves experiencing both the pain and exhilaration of re-immersion in their life’s work amidst the vagaries of old age. At the same time, the troupe’s young co-directors, Ben Steinfeld and Noah Brody of NYC’s celebrated Fiasco Theater, struggle to maintain forward momentum with this over-80 acting ensemble. Alzheimer’s, Dementia, and even minor issues such as sight and hearing loss create constant crises and obstacles for all involved. As the troupe pushes forward, the play’s themes of perception, reality vs. dreaming, and memory become relevant in sharp relief. Ultimately the performance of the play turns out to be surprising, mysterious and resonant, and a vital reminder of the value of engaging in our dreams no matter the circumstance.

The company was also behind the documentary Shakespeare Behind Bars.
And staying with A Midsummer Night’s Dream, George Lucas has adapted the play as an animated film, Strange Magic. Based on the trailer, there seem to be very few similarities, but you can see for yourself:
And if you’re not able to get to any of these, you might like to have a look at MIT Global Shakespeares, an online and open access video and performance archive.
Did we miss something? Let us know and we'll add it to our list.
Tags:
Shakespeare
theatre
film
adaptations
international Shakespeare
global Shakespeare